Introduce yourself (and your cycles…)

I’m an SNP councillor in Glasgow, and the brand new Convener for Sustainability and Carbon Reduction (which of course includes all things cycling!) I’m also a mum of three primary school aged children.

I have a fairly basic Pinnacle hybrid, that is comfy and reliable and gets me where I need to go both for work and on weekend meanders. I dream of beautiful Dutch bikes, then remember I live at the top of a huge hill…

What is your connection to the world of cycling?

I still think of myself as just an ordinary person on a bike. But I have been tasked with the exciting responsibility of implementing our active travel manifesto in Glasgow, which has brought me firmly into the cycling world.

What got you into cycling? (or back into it?)

I stopped riding my bike when I was around 13. I have spent most of my adult life too scared to try riding on the road, but a few friends convinced me several years ago to try canal paths and easy off road routes. I was hooked pretty much instantly, but it took a couple of family holidays to the Netherlands to make me switch to cycling as a mode of transport. After a fortnight of cycling everywhere, with my kids and the shopping, on their beautiful safe infrastructure I was determined not to come home to the frustrations of Glasgow’s public transport. I’ve been bike commuting into and around Glasgow for the last year, and life is so much better for it. I’m still scared of traffic though! 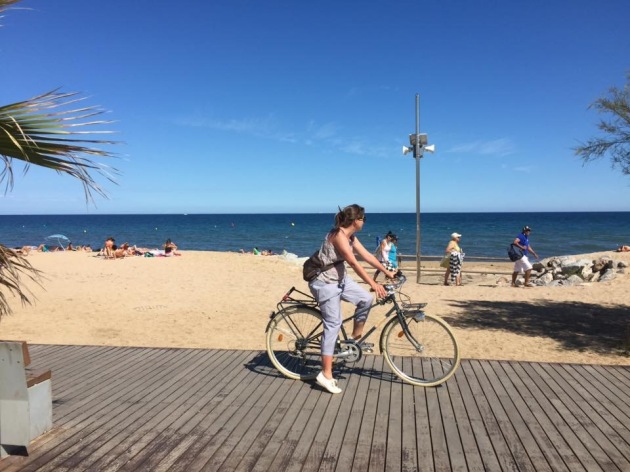 What would you say was your most significant achievement (so far!)?

I’m only getting started, so maybe ask me in a year or two! But I’m delighted and proud to have been appointed to this role, especially as I am still relatively new to politics.

It was an honour to speak at the first Glasgow Pedal on Parliament this year, and people still pass comment on my speech so everyone must have been listening. That feels good! 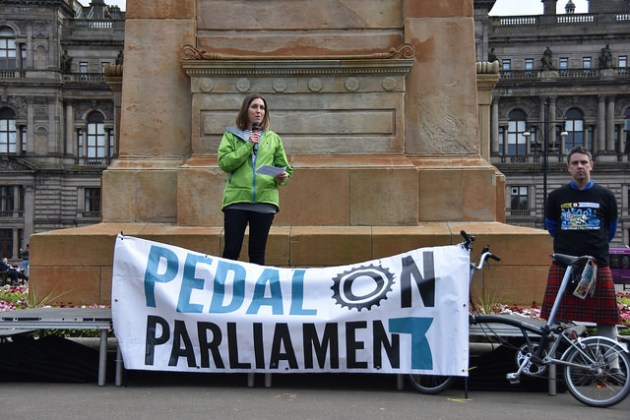 That cycling is still seen by so many as a ‘nice to have’ or only for a small section of the population. I see it as absolutely fundamental to shaping a city that is fair, clean and liveable for us all.

If you could wave a magic wand, what’s the one (cycling-related) thing you’d wish for?

Segregated infrastructure of course! So I could stop having to carefully plan routes to new places, and just hop on my bike.

What’s your typical day/week of cycling? And what are the rides you dream about?

It’s been a busy year so really my commute into the City Chambers is my only cycling at the moment. I do love a leisurely day on the bike with friends when I have a chance, so over the summer I’ll probably head to Balloch or Largs a few times. But my real cycling heaven is being in the Dutch countryside, kids zooming ahead with the promise of ice cream at the end!

One of the purposes of the Women’s Cycle Forum is to promote women who are in cycling and make them more visible – and particularly to see the end of the dreaded all-male panel. Would you be interested in speaking more on panels or at conferences and if so what about?

Yes absolutely. I tend to have an opinion on most things, so invite me and I will speak.

Who are the women in cycling you’d like to hear from next and why?

I was blown away by the speech given at PoP by Mahnoor Campbell from Al Meezan. So please interview her!

Anna – your wish is our command! You can read Mahnoor’s interview here.

Take the challenge: complete a row, column or diagonal of our bingo card by taking action to help build a better world for cycling. More details...
%d bloggers like this: